Kamal Haasan, the veteran actor is all set to don the director’s hat once again for the upcoming project Thalaivan Irukkindran. As reported earlier, talented actor Vijay Sethupathi has been roped in to play a pivotal character in the much-awaited project. Recently, the sources close to the project revealed some exciting details about Vijay Sethupathi’s role in Thalaivan Irukkindran.

According to the reports, the much-awaited movie is a spiritual sequel to the 1992-released Kamal Haasan starring classic, Thevar Magan. If the reports are to be believed, Vijay Sethupathi is appearing as the son of Maya Thevar, the character played by Nassar in Thevar Magan. However, the team has not made an official confirmation on the reports yet.

The rumour mills are also suggesting that Vadivelu and Revathi, the popular comedian and senior actress will reprise their respective characters from Thevar Magan in Thalaivan Irukkindran. The project, which is bankrolled by the renowned banner Lyca Productions, is expected to have an official launch once the lockdown ends. AR Rahman, the veteran musician has been roped in to compose the songs and background score for the project.

The actor joined hands with Lyca for the first time, for the highly anticipated upcoming project Indian 2, which is directed by Shankar. The big-budget venture was delayed after the unfortunate accident that happened on the sets in February 2020. Later, it was rumoured that the production banner is planning to cancel their 2-film deal with Kamal Haasan following a fallout with the actor. However, Lyca Productions rubbished the rumours later. 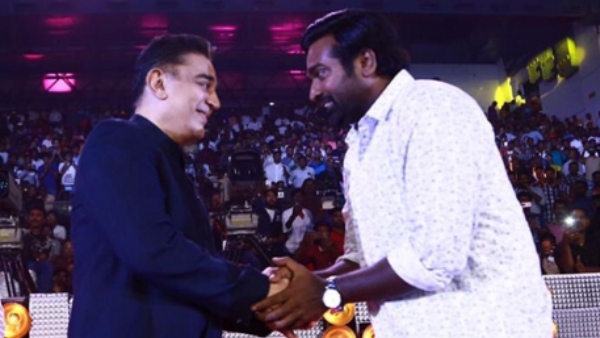 Kamal Haasan Is All Praise For Vijay Sethupathi; Reveals What He Loves About The Master Actor!